IS A PARENT COMPANY FOR A MARKETING CONSULTANCY FOCUSING ON INNOVATIVE, IMMERSIVE EXPERIENCES AND COMMUNICATIONS.

Union+Webster was created as an integrated marketing agency in 2012, formed at the intersection of two spirited and complementary minds—the minds of Gina Michnowicz and Cristol O’Loughlin. The company was named after where the company was conceived: Union and Webster in San Francisco.

Our founders saw great power in intersections and converging ideas. The intersection of technology, media, creativity, and strategy, with the client at the center. Convergences and collaborations that blur boundaries, that open new avenues.

But with reimagined intersections and converging ideas comes evolution. And so Union+Webster evolved, transforming from a local agency to a global parent company in early 2018.

As a parent company, Union+Webster can create focused businesses when needed. The latest step in our journey: The Craftsman Agency.

To reflect the fundamental shifts we saw in marketing—shifts that showed the importance of art and storytelling in making human connections—we formed a new agency.

The Craftsman Agency is a creative shop that puts craftsmanship at the heart of each and every one of our projects. Bold storytelling that crosses physical and digital boundaries to leave lasting impressions is our sweet spot.

CHECK OUT THE CRAFTSMAN AGENCY

TOGETHER WE (RE)IMAGINE THE INTERSECTION 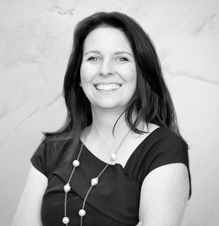 Gina’s favorite Intersection: “Fifth Avenue + Central Park South, an intersection of nature and vibrant city life. On a beautiful spring day, you can soak in the energy of the city and watch the park come alive. It’s a place that fosters inspiration.”

Gina is a hands-on, client-focused CEO with deep experience in marketing and sales within brands, agencies, and management consulting. Working across B2B and B2C markets, she drives success from concept to sales through integrated campaigns. She is a LinkedIn Agency Voice member as well as a Forbes Agency Council member and speaker.

Gina’s expertise in digital and social media has won engagements with clients like 20th Century Fox, Cisco, Disney, and Microsoft. She thinks both strategically and creatively, pushing her team to create incredible work, all the way from campaign conception to delivering incredible content and immersive digital and physical experiences. 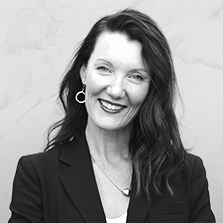 Virginia’s favorite Intersection: “Where great thinking meets aesthetic beauty. When you see the results of this, whether it's in advertising, marketing, art, architecture, or experiences, it truly inspires awe. Especially when you know how hard it is to make it look easy.”

Pairing fresh thinking with deep expertise, Virginia has helped companies such as Plex, Symantec, Unisys, Veritas, and VMware bring their brands to market in meaningful and strategic ways. 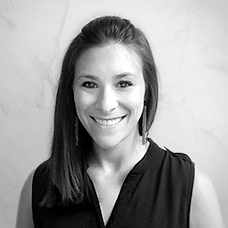 Kim’s favorite Intersection: “The meeting of entrepreneurial spirit + classic execution - where you see a person or creative idea jump and grow wings, but that impulsiveness and vulnerability is tempered by structure and skill. This is where you get amazing results.”

Kim brings a first-hand client perspective to her work with Union+Webster, having thrived as a brand manager for labels such as Gevalia, Maxwell House, and Popchips for over 10 years. Kim developed strategies and executions that drove consumers back to retail, including TV advertising concepting and execution, website redesigns, social channel launches and re-branding, packaging updates, and experiential events like pop-ups and field marketing.

At Union+Webster, she taps into this knowledge and strategic thinking to help create innovative, well-considered campaign ideas, and leads her team to flawlessly produce those ideas.

JOIN US ON OUR JOURNEY

We deliver innovative solutions to our clients by embracing new technologies, pushing boundaries, and exploring relationships in reimagined intersections.